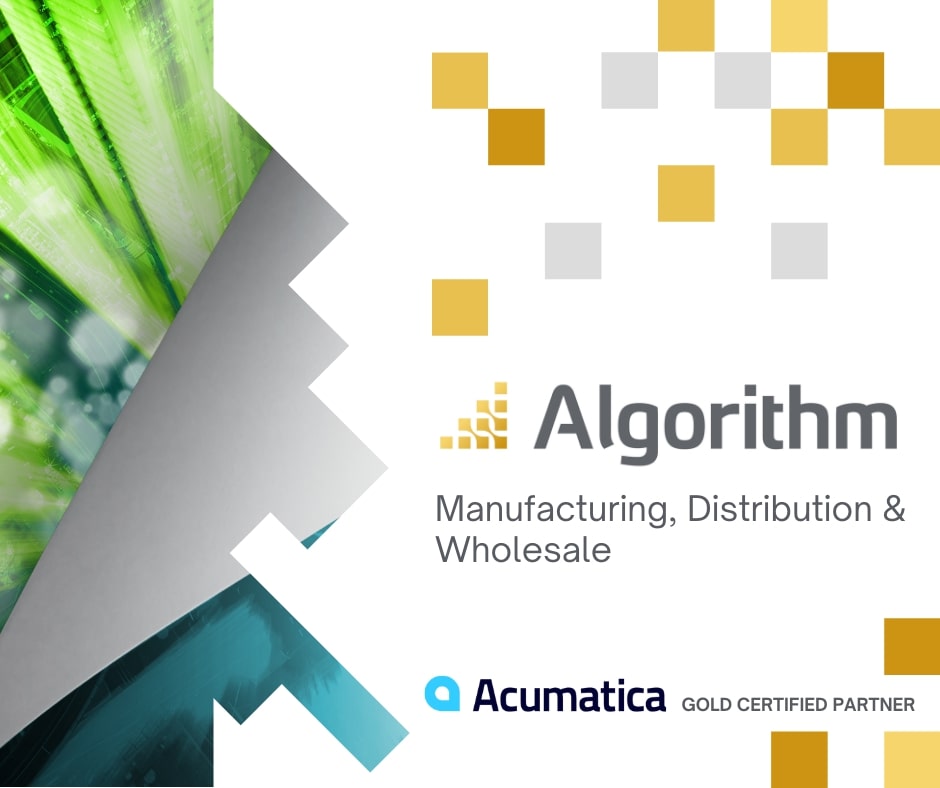 When people think of the term "digital transformation," they grimace. That's because they're picturing all the effort, stress and hassle involved —NOT the opportunity that it really is.

Because the truth is, your marketplace is always evolving all around you. Today's trend is tomorrow's passing fad. Your audience is always one step ahead of the curve and you need to do whatever you can to keep up. Your business needs to change —not into what your customers want today, but what they NEED tomorrow.

Digital transformation using your ERP is how you do it.

When you think of the term "digital transformation," one of the first organizations to come to your mind probably isn't the National Football League. However, there are a few key reasons why it probably should.

For decades, NFL football was a largely passive experience. You either watched a game from the comfort of your own home or from that seat at the stadium you purchased with your hard-earned money that you guard every Sunday like it's the Alamo. But over the last few years, the NFL has been forced to confront the fact that millennials just weren't interested in the latter —thus creating a problem for long-term revenue opportunities for every team in the league.

The NFL looked at their own data and quickly identified the problem —attendance was down. They also saw WHY -they were failing to capture the attention of the coveted millennial demographic in particular. At that point, they were able to extract further insight from that information to pivot to a more outward-facing approach. One that injected excitement and adrenalin back into a Sunday afternoon at the stadium.

With that, a digital transformation was kicked off.

Why Digital Transformation Matters: The NFL and the Future of Technology

Once that problem had been identified, the NFL came up with a solution: They needed to make the in-stadium experience more interactive, and more engaging. They used technology as a way to connect those two points.

Over time, the NFL:

The genius is that the NFL (and its teams) knew what fans wanted because the data clearly showed it. With the data, the league was able to confidently make decisions and implement some cool changes to accommodate fans i.e. their customers. Although the NFL's digital transformation is far from complete, there are still several things we can learn from it —and that you can use to make sure your firm’s digital transformation is as successful as possible.

For starters, the NFL didn't embrace this technological shift for the sake of it. They A) understood their problem, B) recognized an ideal solution, and C) saw an opportunity to use technology to connect those two dots. In other words, their efforts justified their own existence and were guided not by the technology itself, but by that long-term goal. (Doesn’t that just make sense?!)

YOUR efforts must do the same, which means that at the outset, you need to look INWARD. What goal are you trying to accomplish via digital transformation and what does success look like? Remember that the stakes could not be higher. The time has come when you HAVE to make a digital shift... or you probably won't survive the next decade.

But don't call it disruption. Call it what it really is —innovation.

In truth, it's something that ANY SMB can do. Your goal doesn't have to be as broad as trying to woo an entire generation back toward a time-honored American past time. Maybe you're trying to increase sales in a specific market for a specific product. Maybe you want to improve customer lifetime value. The "what" doesn't matter —it's the "how" that you need to be paying attention to.

Next, the NFL understood the importance of data —both in terms of the way it would empower its digital transformation and the way that it would eventually empower consumers. But not only that, the NFL saw how these efforts could both empower their own brand and create the type of organization that a fanatic could devote a significant portion of their life. The Browns wouldn't have bought an entire city block (and agreed to relocate and rebuild a church, for the record) if that weren't true.

Some of those mobile apps that the NFL created can tell you how long the line is at the bathroom nearest your seat, for example. They also let you order your drinks or snack items as soon as you get to your seat so that you can have them delivered —helping to make sure you don't miss a significant portion of the game while waiting in line. They're taking the convenience of the home experience and bringing them into the stadium. Again, these are lessons that ALL businesses can learn from.

This is where a modern ERP solution —one that no longer confines your data to silos but that allows it to move freely across your organization —undoubtedly comes in handy.

But for this to happen, digital transformation absolutely requires an adaptable platform itself —which is why the very idea of ERP is changing, too. The reason why ERP functionality often appears first by way of cloud applications as opposed to on-premises ones is simply because it HAS to. As the NFL showed, a digital transformation depends on nothing if not business agility and mobility. On scalability and growth opportunities.

Even though you're not running one of the biggest sporting organizations in the world, on a high level your challenges are the same. You need to cultivate the next generation of brand fanatics and you need to do it right now.

Your SMB may not have a stadium, but you DO have an e-commerce environment. You have customer service operations to think about. You can learn from the lessons of the NFL to improve all of these. (They’ve given you a really cool playbook too!)

Let’s get ready for your new customers

The NFL is a great example of how profitable the simple idea of future-proofing your customer base can be.

A legacy ERP isn't going to be able to meet those needs simply because it was never designed to. Only a modern, customizable ERP can do all of this and more and it's also how you stop looking at your own digital transformation as a challenge and start looking at it as the opportunity it was always meant to be, just waiting to be taken advantage of.

Right now, it's Week 6 of the NFL season. The point of all of this was to show you that you can be down the field and in the end zone a lot faster —and more efficiently —than you probably thought. At the end of the day, we're ready to coach your team through this process and help you bring home the gridiron gold. All you have to do is ask.