What if the Internet goes out, and I have Algorithm-hosted VoIP?

A Quick Refresher on VoIP

VoIP is Voice overIP. Voice overIP has a way to transmit telephone calls over a network connection. In the old days, POTS or 'Plain Old Telephone System' managed transmission over copper wire. This no longer is a requirement for voice communication.

What is Cloud Hosted VoIP? 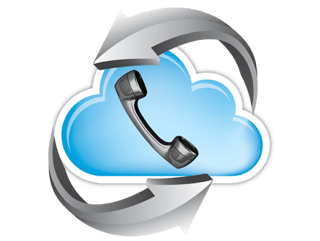 Hosted VoIP is the ability to have your phone system hosted in the cloud in Algorithm's data center. By doing this, you have a number of benefits. Namely, if the Internet were to go out at your organization, your phone system is still functioning, up and running, and the phone calls are still answered by the auto attendant.

You can do many things with voice over IP calls such as having voicemail go directly to your email and having the voice calls go to many different devices such as an iPad or a computer. Voice over IP also provides other benefits such as a set monthly bill as opposed to a usage bill with plain old telephone systems.

What if I Don't Have Algorithm Hosted VoIP?

If the Internet goes out for most VoIP solutions, the calls are lost. The customer on the other end gets a busy signal, and the calls don't get through, and sales aren't made. With Algorithm-hosted voice over IP, the calls actually go to a data center.

Interested in learning more about cloud hosting vs. on-premise for ERP? Here's a great post on the differences between the cloud and on-premise.